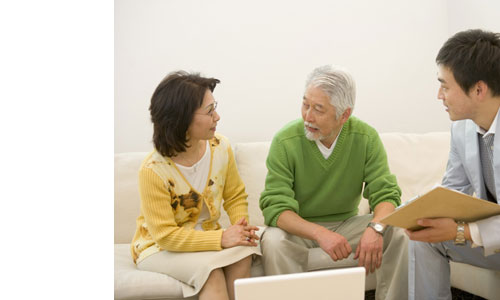 In an earlier blog post, I made reference to the world’s aging population and how it is affecting personal lives, business and society at large.

Nowhere is this more evident than in Japan, where one of every eight people is at least 75 years old. There are twice as many people aged 65 or older than the number of children under the age of 15, according to the latest government statistics. It’s been said that by 2020, adult diapers will be outselling baby diapers for the first time.

Japan’s growing elderly segment comprises 61 percent of a shrinking population, which fell for the fourth straight year to 127.1 million as of October 2014. The country’s National Institute of Population and Social Security Research forecasts a decrease to 99.1 million inhabitants by 2048 and 86.7 million by 2060.

This imbalance between old and young is a significant burden on Japanese society. Japanese and many other Asian cultures have traditionally been self-sustaining due to the prevalence of the multi-generational family. Children and grandchildren took care of their elders in their own homes, caring for their needs until they died, while elders passed on their knowledge and wisdom to younger generations. But new cultural, social, and economic realities, coupled with increasing longevity, are eroding that tradition.

Worse, Japan’s stringent immigration policies and shrinking population mean fewer able-bodied young people are available to care for the country’s elderly. At current course and speed, and with the immigration policy as it is, there will be no influx of home healthcare workers to address this need. The solution to many of the issues related to aging in Japan is being derived from technology. (Stay tuned for future blog posts on robotics and elder care). And the fact that this technology is unproven represents an entirely new risk pool.

What’s happening in Japan is not an anomaly. Many believe that Japan may be the “canary in the coal mine,” experiencing first what other mature economies will inevitably face.

Japan is a case study of how demographic and technology changes are shifting the risk pools and allowing for an evolution that takes us beyond Industrial-Age thinking.

Next time we’ll take a look at the role technology is poised to play in helping the world’s aging population.

Next Post - Policyholders May Not Understand Risks of the Sharing Economy

Suggested Post - Policyholders May Not Understand Risks of the Sharing Economy