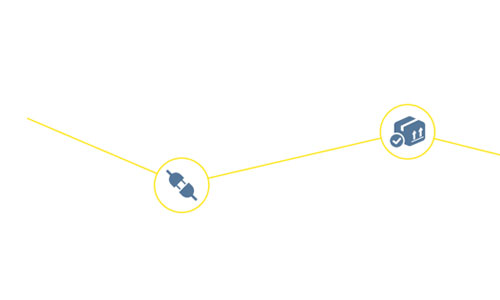 Beyond Insurance (part 2): The Internet of Things brings threat as well as opportunity

In my first post in this series I introduced the Internet of Things, and shared a few of my thoughts on how the abundance of data it would produce would create a world of new opportunities for insurers, their partners and their customers. But there’s also a potential dark lining to this silver cloud. Carriers that fail to prepare themselves adequately for the connected future may find themselves becoming victims of disruption.

A number of analysts have predicted that more accurate risk assessment and pricing, combined with other innovations, could cause premium incomes to shrivel in the next few years. Consider the impact on auto insurance if connected cars and (later) autonomous self-driving vehicles became commonplace, making roads much safer and shifting the risk from the driver to the manufacturer. Celent believes the rise of the driverless car will result in total auto physical-damage premiums dropping by 30 percent between 2013 and 2017, and by 80 percent between 2018 and 2022.

To the extent that carriers are successful in meeting customers’ demands for help in managing their risk, the potential for revenue will shift from insurance premiums to other services – such as live driver-coaching by means of telematics, real-time monitoring of weather threats to farmers’ crops, or piracy alerts for cargo-ship owners.

That means insurers need to start thinking about how they will be relevant in customers’ lives beyond traditional insurance. They need to re-examine their business models to determine where their future revenues will come from. They need to think beyond the conventional corporation and start contemplating innovative partnerships and alliances that address customer needs in entirely new ways. And they need to start gearing themselves for unorthodox actions.

One example is Allianz, which has partnered with Bayer AG and a number of German farm-equipment makers to form a consortium called 365FarmNet. They have established a marketplace for agricultural information where growers can buy GPS, diagnostic, crop, fertilizer and other data from any consortium member; download it to their computers and farm equipment; and use it to take action, such as drawing up crop plans for the coming planting seasons and calculating their insurance requirements.

Another possible approach is to embrace regulators to drive innovation. The car-sharing company Uber has exposed itself to regulatory scrutiny because (among other things) it has failed to satisfy its critics that its passengers are adequately insured. Rather than leaving it to the Ubers of the world to solve problems such as this after they have become a source of contention, carriers should pre-empt the problem. Regulators would welcome the opportunity to help shape solutions that met their objectives, and this would make it easier to sell the solution to commercial start-ups that probably haven’t given insurance sufficient thought.

In this way they could become the enablers of innovations such as driverless cars and autonomous cargo ships, and put themselves in the ideal position to reinvent their business model for long-term growth.

In my next post in this series, I’ll talk about some of the next-generation business models that position insurers as risk managers, advisors and value aggregators that deliver personalized high-value services to their customers every day.