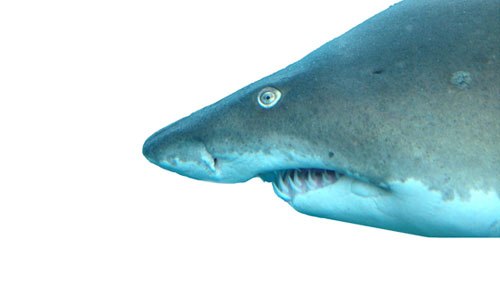 The shark fin: Watch out if you’re in the water!

As I noted in my previous blog, innovation is now “devastating” in part because it’s so quick and easy to do, and because innovations are entering the market ready to take on the incumbents. There’s no slow introduction process while they are perfected and everybody can work out what to do.

As a result, the innovation life cycle resembles less the classic bell curve and rather more a shark’s fin. A big-bang disruption begins with a series of seemingly random experiments as innovators work with different combinations of component technologies and business models. Apparent failures mask the fact that once the right combination is achieved, take-off is immediate. Market penetration is exceptionally fast—when it’s software, indeed, innovators can sign up millions of customers in days.

Equally quickly, adoption drops off once saturation is complete.

Great examples of this are the way in which GPS incumbents were dislodged by free smartphone apps; and Microsoft’s Kinect. In the former case, there was an established market in which users paid substantial sums for a GPS unit. But as smartphones took over the market, their free navigation apps caused the market leaders and specialists to lose up to 85 percent of their market share.

In the latter case, Microsoft’s Kinect, an add-on to the company’s Xbox 360, brought voice and motion activation to high-end game consoles. It sold 8 million units in its first 60 days, 24 million in its first year. Having blown other gaming technologies out of the water, it had fulfilled its mission within the first year. Only one thing was clear: what came next would have to be better.

So, to summarize, big-bang innovation is unpredictable and happens very quickly. It’s hard to see coming because it often comes from outside the industry. And it’s particularly powerful in those industries where the business is wholly or largely digitized.

Insurance is particularly vulnerable to this type of disruption because its products and associated services are largely digital. Dare I say, its vulnerability is also heightened somewhat because the industry appears to be protected by fairly substantial barriers to entry thanks to regulation and the need for a significant balance sheet in order to share risk.

But in fact we are already seeing how certain types of insurance product are being offered not by insurance companies but by, for example, cell phone providers or automobile manufacturers. There is more to come, and insurers (like their peers in other financial sectors) need to think very carefully about how to prepare themselves for the totally unexpected wave that could swamp them.

Next time, I’ll argue that one possible avenue of salvation could be something that everybody usually decries: regulation.

Moving beyond 2020: A review of how insurers pivoted during COVID-19

Next Post - The digital-insurance revolution: A UK perspective (1 of 5)