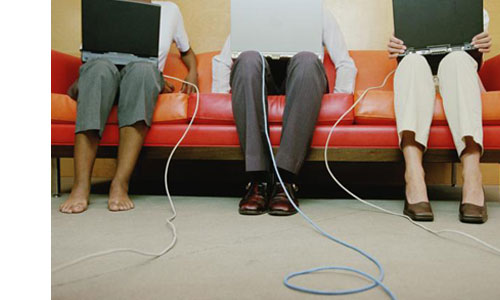 The digital insurer in 2014: Some highlights

Posted on 17 December 2014 · By Accenture Insurance

Small-ticket insurance continued to make waves—though some might not be aware of them—and the online threat remained a small cloud on the horizon.

As the holiday season approaches, it’s traditional for media to take a slightly softer approach and look back over the past year. Who am I to break such a venerable tradition—and, besides, it’s actually a useful exercise in today’s fast-paced world.

So here are a few of the things that happened in our insurance world this past year that were significant in my view.

Small-ticket insurance continues to build momentum—but are traditional players getting the message?

Readers of my blogs will know that I think the growing microinsurance/ small-ticket insurance sector has lots to teach traditional insurers about customer focus and smart product design—all enabled by an impressive use of technology. This type of thinking and execution can be applied to the way insurers approach customer segments in established markets, and think about what it means to be a digital insurer. Already, small-ticket insurance is being bought by customers of traditional insurers in developed markets, and these consumers will continue to wake up to new ways of servicing their lifestyle needs.

Brokers in general remain uninterested in this market—a lapse they would do well to remedy.

Some straws to show which way the wind is blowing: MicroEnsure hit the 15-million-customer mark this year, and continues to grow its customer base by 1 million per month; while another small-ticket insurer, BIMA, is building its base at 500,000 per month. During the year, AXA announced it would be investing in Leapfrog, which is one of BIMA’s investors.

For more, download Big opportunities in small-ticket insurance or Lessons about customer-centricity that digital insurers can learn from microinsurance.

I’m a car guy, so I follow developments in the automotive sector closely, and this was truly the year of the connected car. It seems like no insurer could resist sticking its fingers into this pie somehow or another. Not that they’re wrong, this is clearly a technology whose time has come. But I wonder how many companies have a true strategy in place for the real end game, which I believe is ownership of the data provided by the network of connected cars.

Some noteworthy developments: Vodafone acquired telematics company Cobra—not a sign of an insurance partner to be seen; and Allianz entered into a partnership with BMW in the UK market to provide seven days of free insurance for customers buying its new electric vehicle. They’re offering a subsequent usage-based policy option that—unlike most telematics offerings—doesn’t penalize drivers who accelerate or brake hard, as this would conflict with BMW’s promise of “the ultimate driving experience”.

To explore this topic further, you might like to revisit my take on the Accenture Technology Vision 2014—Big is Back or my colleague John Cusano’s blog series, The connected insurer is a customer-first insurer.

I’ve long argued that the digital insurer is a customer-first insurer. It’s becoming clearer by the minute that this will mean a willingness to partner with companies outside the industry to provide solutions that customers value, not products we like to sell! It’s all about delivering ecosystems rather than optimizing the value chain per se.

On this front, some interesting developments were the launch of insurance sales at some IKEA branches, context-dependent insurance from Situative Insurance in Germany, and the alliance between Generali and South African insurer Discovery to launch its Vitality program in Europe.

Late-breaking news (thanks to my colleague, Jean-François Gasc, for his timely tweet on the Digital Insurer group on LinkedIn) that is related to the creation of new ecosystems is the launch of Host Protection Insurance for Airbnb hosts in the United States—I’m not sure which carrier is involved, but it’s a smart move.

For more on the connected insurer and emerging ecosystems, you might be interested in The connected (life) insurer: What’s the opportunity? and, How are insurers rising to the challenge of mobility?

By and large, in 2014, we saw insurers starting to follow their customers onto social media, and the top development was surely the announcements that AXA is to collaborate with Facebook and LinkedIn. However, I was interested to note that despite research showing that insurers fear or expect competition from big online players like Amazon and Google, we did not see any action on that front.

For more on this topic, take a look at Accenture 2013 Consumer-Driven Innovation Survey: Playing to win and Double the profits: How high-performance insurers can create business value from digital transformation.

In conclusion, thank you for reading my blogs this year—I’ve enjoyed writing them and hope to continue our relationship next year. Best wishes for Christmas and the new year!

2018 Efma-Accenture Awards innovators – how they do it

Fast, simple, smart – my top picks from the 2018 Efma-Accenture Innovation in Insurance Awards