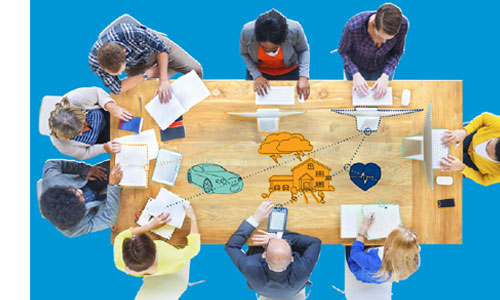 Liability insurance and the “gig economy”

Posted on 3 September 2015 · By Accenture Insurance

In past blog posts, I’ve discussed how insurance can evolve in the digital world by becoming more “human-centric” and responsive to societal changes. Over the next several weeks, I’ll be examining some societal trends to explore ways in which insurance can anticipate and mitigate risks arising from each category to best serve the people involved.

Let’s start with a look at the contractor economy.

There’s nothing new about businesses outsourcing functions to hold down wages and tap expertise on an as-needed basis. It’s been going on since the late 1970s and became easier in the 1990s, when technology made the remote workplace a reality and companies began outsourcing globally. More recently, the sharing economy is providing even more impetus for outsourcing by spurring competition and raising the bar on customer service.

Today, roughly 34 percent of the American workforce is in freelance or independent contractor jobs, and this is forecast by Intuit to rise to 40 percent by 2020. Globally, the number of jobs performed by part-time freelancers or independent contractors grew to 32 million from just over 20 million between 2001 and 2014—almost 18 percent of all jobs, according to labor market analytics firm Economic Modeling Specialists International.

These “1099 jobs” are especially prevalent among millennials, who prefer contract work because of better pay and more flexibility, according to the 2015 1099 Economy Workforce Report by Requests for Startups.

But the contractor economy also carries risk for both businesses and workers. In June, the California Labor Commissioner’s Office determined that a former ride-share driver was not an independent contractor, but an employee. The ruling raises concerns about how businesses classify their employees, with businesses subject to fines and costly court expenses. It’s an especially pernicious problem for companies operating across state lines or globally.

There’s also a downside for independent contractors, who lack the basic protections such as insurance and retirement benefits that come with full-time status.

Insurance has two angles to consider here. One, from the contractor’s perspective, is for carriers to fill the insurance coverage gap of the contract workforce by creating a more effective consumer and direct market brand. Carriers can extend existing offerings like employment practices liability insurance (EPLI) and contractors’ insurance to help mitigate risk for both businesses and workers in the gig economy. Second, on the commercial side, insurers can help their business clients think through their workforce strategy. Creating a crowdsourced model is a great way to bring in new talent and ideas, but when the government comes knocking, there may be a need to have some level of insurance protection against what could be a material impact to the business model and tax implications.

There are clearly both consumer and commercial opportunities for insurers in the world of crowdsourcing and contractor services. Better start thinking about them.