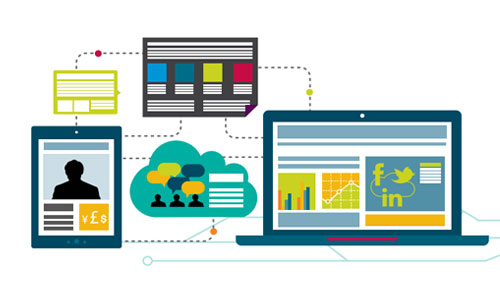 Every quarter, Accenture tracks new examples of digital innovation in both the property & casualty and life & health sectors, culling examples from around the world.

For first-quarter 2015, our research identified several outstanding examples of how creative insurers are using digital strategies to reach out to customers in new ways and in turn create new product offerings that are more targeted to what consumers really want.

Here are a few outstanding examples:

AXA Health covers the expenses of an innovative new web-based therapy for a childhood eye disease. AXA Health, the first private health insurance company in Germany, began covering the costs of the web-based therapy for children suffering from amblyopia, a sight disorder that affects about 5 percent of German children. The disease develops when children squint or their optical systems are impaired. Early detection of amblyopia is critical for successful treatment of the condition.

In the past, doctors treated the condition simply by taping the child’s healthy eye, which “exercises” the weak eye by forcing its use. However, doctors are finding that new Internet-based stimulation therapies and exercises are useful in conjunction with this traditional treatment.

The Internet exercises consist of visual stimulation combined with computer games, which are prescribed by an oculist and offered as an Internet service and as an app for smartphone or tablet. The web-based therapy was developed by the Dresden University of Technology and the Berlin-based Caterna Vision.

ERGO Direkt uses electronic signatures for online term life insurance purchases. ERGO Direkt, a subsidiary of the ERGO Group and the third-largest life direct insurer in Germany, makes it easier for customers to buy term life insurance online by using an electronic signature. Customers first need to enter their data online and answer health questions, after which a QR code is displayed. Customers scan this with their smartphone, after which a signature field appears, where the customers can write either with their fingers or a special pen.  If a customer uses a touch-capable tablet, the signature field appears directly on the screen, so the QR code doesn’t need to be scanned. After ERGO Direkt reviews the online purchase, the customer receives the insurance policy by mail within three business days. If questions arise during the process, the ERGO Direkt Service Center contacts the client. ERGO Direkt has also implemented the service for supplemental dental insurance and plans to expand it for other insurance products.

What’s especially intriguing about these two examples is how the insurers are blending new technology with tried-and-true methods – in the AXA case, Internet therapy in conjunction with taping the child’s eye, and in the ERGO example, backing up the ease of electronic policy processing with its customer service center to troubleshoot issues on an individual basis.

Next week we’ll look at some other examples of insurers who are using digital components to get a leg up on the competition.

Other papers on the topic that you might find useful:

Double the profits: How high-performance insurers can create business value from digital transformation

Insurance Telematics: A game-changing opportunity for the industry

Three Big Takeaways for the Future of Insurance Distribution

Balancing Today’s Requirements Against Those of the Future

The future of telematics data collection

The emergence of autonomous vehicles