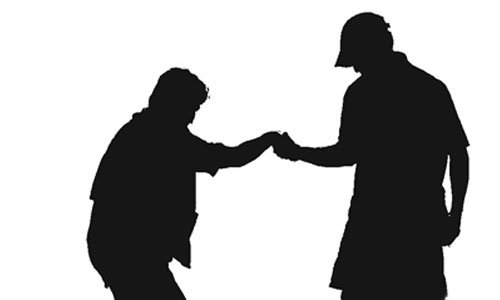 How Microinsurance Responded to Typhoon Haiyan

On Nov. 8, 2013, Typhoon Haiyan, known locally in the Philippines as Yolanda, hit the islands with the highest wind speeds ever recorded on land: up to 195 mph. By the end of the day, the typhoon had crossed land six times and left a path of destruction that affected more than 16 million people, displaced almost 4.1 million of them, wreaked more than $700 million in crop and infrastructure damage, and generated a huge storm surge that resulted in 6,300 fatalities.

Although the disaster was massive, this grim cloud does have a silver lining: The Philippines has the highest insurance penetration in Asia and Oceania, with 19.9 million properties and lives covered by microinsurance.

Microinsurance—inexpensive coverage that protects low-income people living on less than $4 a day—has increased substantially worldwide over the past five years. It now reaches an estimated 500 million people, according to the Microinsurance Innovation Facility of the International Labour Organization and the Munich Re Foundation.

In the Philippines, the microinsurance landscape includes credit insurance, life, accident, calamity and funeral insurance. Life and nonlife providers are associated with intermediaries in the form of brokers, cooperatives, non-governmental organizations, and rural banks, among others.

In the case of the 2013 Philippines typhoon, microinsurance providers performed remarkably well. By July 2014, approximately 111,461 microinsurance claims had been paid, amounting to $12 million, or PHP 532 million, with 80 percent of the number of claims coming from two distribution networks. Twenty-seven percent of those claims were paid within the first four weeks after the typhoon, and 60 percent were reported paid by March 2014.

Microinsurance made a significant difference in the lives of Filipinos recovering from the typhoon, who spent their payouts restarting their livelihoods and repairing their homes. For these survivors, microinsurance filled the gap, especially when the government, NGOs and international organizations weren’t providing assistance. And the positive experiences of people who invested in microinsurance has increased interest; providers and intermediaries report that more people are asking about insurance.

“Aiding the Disaster Recovery Process,” a recent study by the Microinsurance Network, is a fascinating case study of how microinsurance providers responded during and after Typhoon Haiyan. Researchers conducted interviews during an in-country visit in June 2014, to obtain data-based evidence of the performance and response of microinsurance providers, and linkage to the overall disaster risk management strategy in the storm’s aftermath.

For the next several weeks, I’ll be sharing the findings of this study and elaborating on how the growing role of microinsurance fits in with the overall business strategies of forward-thinking insurers around the world.

To view the study, visit: http://www.microinsurancenetwork.org/groups/aiding-disaster-recovery-process-effectiveness-microinsurance-service-providers-response

Next Post - Insurance CMO Agenda for Marketing Transformation, Part 3: A journey toward customer-centricity