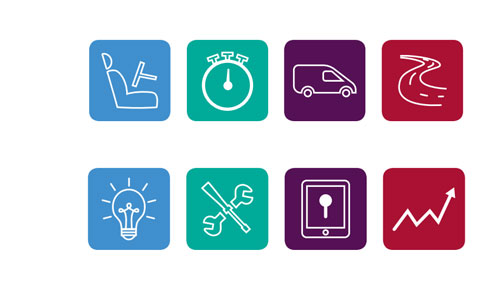 From hands free to claims spree?

Posted on 24 February 2015 · By Accenture Insurance

While we can still shrug off the suggestion that the airborne vehicles in the cult film Blade Runner will be a reality in less than five years, recent media coverage about driverless vehicles shows this technology is far from science fiction.  Most major car manufacturers including Audi, Mercedes-Benz and Tesla have now unveiled driverless prototypes or concept cars of their own,[1] while Jaguar Land Rover and Ford are trialling vehicles in a £19.2million UK Autodrive programme in Coventry next year.[2]

But although Transport Minister, Claire Perry, has said she wants Britain to be at the forefront of this exciting new development, and the driverless car industry globally is expected to be worth about 900 billion pounds by 2025,[3] there is a shadow of uncertainty being cast over insurers in how such vehicles will operate on our roads and how driving legislation may need to change.  Indeed, liability in the event of a driverless car accident is “the 64,000 dollar question” according to a personal injury lawyer in a recent Channel 4 report.[4]

Few of us would disagree that digital advancements like hands-free mobiles, iPod docking stations and automated parking have helped make driving more pleasurable—and more productive.  But for insurers, the conversion from personal transporter to automated mobility device is raising new issues that need to be addressed with some urgency. According to an Accenture report The Connected Vehicle: Viewing the Road Ahead, connected vehicles could open up new opportunities for insurers—and also put them at risk.  In a case of “knowledge is power,” in-car data offers insurers insights and the potential for new business models, such as billing their customers based on mileage driven. By the same token, automotive manufacturers could create a new line of business as information brokers to complement their traditional role as vehicle producers. These same manufacturers could then sell this data to insurers—or even cut the insurer out of the equation to become insurers in their own right. As data becomes the new currency, insurers will need to reinvent themselves and their products to compete.

Managing insurance claims in this environment affects both ratings and risk.  Insurers will need solutions that are flexible enough to deal with new business models—such as the shift caused by the aggregator model a few years ago—while being responsive to customer expectations.  Here is where the Accenture Duck Creek Suite can help.  Able to make changes swiftly and with a configurable product definition which allows any line of business to be implemented, our software is helping the insurance industry to future proof its services.  If you don’t want hands free driving to result in a costly claims spree, the time is right to reassess and gear up for the change.

“Mobility as a Service” May Upend Auto Insurers’ Business Models

Beyond Insurance, Part 3: The Fall of the Unplugged

Mid-year is a Good Time for Big-Picture Thinking

Mobility: Opportunities and challenges for insurers (Part 2 of 2) | Insurance Chart of the Week

Next Post - Transformers plan to leverage digital capabilities to differentiate