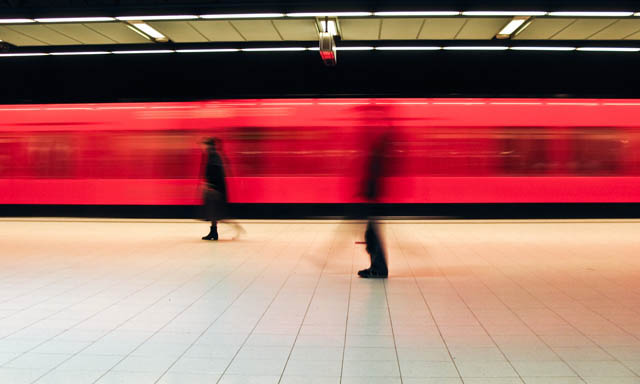 Last week we looked at a recent Accenture study on how the most successful German companies are incorporating digitization into their business strategies (“Courage to think differently: Digitization strategies of Germany’s Top 500”). Although the study excludes insurance, it conveys valuable lessons on how businesses are adapting—or not adapting—to the digital revolution.

The study finds a major disconnect between recognition and implementation. While 78 percent of the respondents recognize the fundamental effects of digitization, there are still considerable obstacles in its adaptation. Respondents cited a lack of leadership for preventing consistent digital implementation: 52 percent named a lack of agility in the decision-making process as the major roadblock, while 35 percent blamed top managers’ inability to articulate objectives and requirements.

Another obstacle is employees’ lack of acceptance of the changes involved in digitization. Nearly half (48 percent) reported staff resistance to the expectation that employees be more available and responsive in a digitized workplace.

However, while executive and employee attitudes toward digitization can definitely hold back progress, a big part of the problem lies in a less-than-organized approach to the process. Eighty-nine percent of respondents said they have started implementing digital initiatives, yet fewer than half (41 percent) are using a comprehensive strategy; 48 percent are carrying out individual projects in selected areas, and 11 percent are still in the early or planning stages of their digitization programs.

When it comes to investing in digital, companies are still primarily looking to increase efficiency: 39 percent prioritize the digitization of internal processes and 37 percent customer interactions. Only 16 percent are making the digitization of business models a top priority.

Although 64 percent of companies introduced new, connected products or services over the past few years, only 14 percent did so to secure new revenue sources. Forty-eight percent of companies aimed to increase the efficiency of internal processes, and 32 percent targeted improved customer communication.

This “status quo” approach also carries over to the area of research and development; 40 percent of respondents said their investments in R&D did not include digitization, 20 percent invested “little” or “moderate” amounts, and only one in five emphasized digitization in the field of R&D.

But there are signs that this trend is shifting. Only 39 percent of respondents said they would be investing “much” or “very much” in digitizing administration over the next two to three years, with 59 percent saying they would invest “much” or “very much” into sales digitization. Marketing is seeing a similar shift, with the percentage of companies investing in marketing expected to increase from 43 percent to 52 percent.

The study finds that these German businesses are still fairly short-sighted when it comes to digitally transforming their companies. It shows that only 15 percent of companies have set up their own R&D department to drive digital innovations; only 6 percent have created start-ups or separate entities to do so, and only 5 to 6 percent are planning to pursue these sorts of activities in the future.

Now that we’ve identified the roadblocks to digitization, next week we will discuss strategies for removing them.

To view the study, go to:

The Customer-centric Insurer in the Digital Era

Double the Profits: How High-performance Insurers can Create Business Value from Digital Transformation

HBO and “Game of Thrones”: A content lesson for insurance

The Internet of Things, the Google car and the fixie: How to make people look autonomous

Where European Insurers are Putting Their Startup Money

Is insurance a target for the dark web?

Follow the Money: Where Are Insurers Investing in Startups?