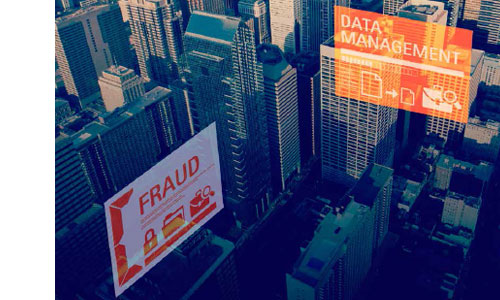 Cyber-crime: can you cope with a $163 million headache?

Fraud and other forms of financial crime are rapidly intensifying. If it’s not the criminals causing headaches, it’s the regulators specifying how you defend yourself. What’s the answer?

Just a week or so ago, the US Secret Service published its estimate that about 1,000 businesses have had their systems infected by malware that has been linked to numerous remote-access attacks. This comes hot on the heels of several data breaches in which large numbers of customer records were stolen by anonymous hackers. Added to that, of course, insurers have had to deal with claims fraud for almost as long as insurance has been around – but with modern technology the syndicates’ methods have become a lot more sophisticated.

None of us could contemplate returning to the way things were before the invention of the Internet and all its related technologies. Yet the digital revolution has given birth to cyber-crime, which is estimated to have cost companies as much as a trillion dollars.

The Ponemon Institute has calculated that this translates to an average financial impact, for every company, of $9.4 million. Looking ahead, Ponemon’s respondents estimate the financial risk that the average company will incur in the future is $163 million. It’s become a very serious matter that affects all carriers.

And it goes beyond just the risk of financial loss. The Bank of England rates cyber-attacks as the biggest threat to the financial services system, which is why it and other regulators are introducing a host of new regulatory initiatives. Insurers have to be able to show them – and their customers – that they have adequate safeguards in place to protect their data and their assets. This includes having active programs with controls that are robustly enforced and standardized across business units and geographies.

As with all risks, there are two ways of confronting cyber-crime. One of these is insurance, and our industry is fast developing new and innovative products and services that help companies manage the threat of cyber-attacks. I’ll discuss these in more detail in a later post.

The other way is detection and prevention. At Accenture, we believe data is the key to combatting fraud and other forms of financial crime. In my next blog, in this series, I’ll explain why.

Five steps for a smooth transition to cloud

Five core principles to guide your journey to cloud

The state of cyber resilience in insurance

Next Post - Understanding what African consumers want from microinsurance