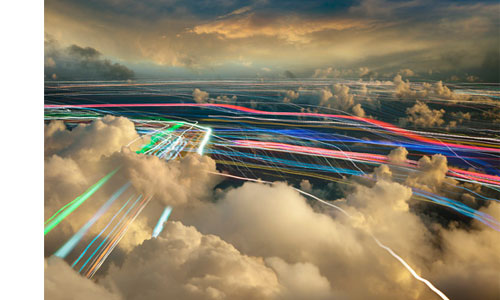 We have been talking about the future of cloud computing for the last few years.  The conversation has shifted from being future-focused, to having much more of a present-day urgency.  We aren’t yet at the point where cloud has become simply the way things are done, but cloud has made tremendous inroads.

What’s really remarkable is how major providers such as Amazon.com, Google and Microsoft have built out their cloud capabilities.  They have given insurers tremendous firepower–not just to make operations more efficient, but to improve customer service, develop new products and get them to market quickly, and integrate new channels such as mobile and social media.

In insurance, cloud pioneers began by sourcing raw computing, processing power, network bandwidth and storage on an as-needed basis.  Carriers found that they could scale up quickly, adding capacities and/or capabilities without spending on infrastructure or people.  Cloud has helped reduce both the costs of building IT infrastructure and the ongoing costs of support by making it possible to outsource hardware and software maintenance.

The cloud concept is growing and morphing at high speed.  Original software as a service (SaaS) solutions have been joined by Platform as a Service (PaaS) and Infrastructure as a Service (Iaas) offerings, giving insurers a range of cloud-based options.

Still, a recent Novarica survey noted that only about half of insurance carrier CIOs surveyed had put their companies on the cloud in any way.  Clearly, the untapped potential of cloud is enormous – a subject I’ll explore in my next post.

COVID-19: Insurance IT operations in a new reality

Next Post - What lies ahead for the digital insurer? Some fantasies for 2015

Suggested Post - What lies ahead for the digital insurer? Some fantasies for 2015