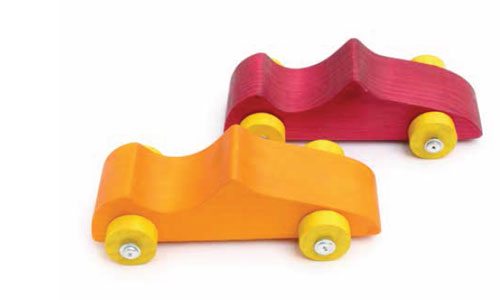 The development of wearable devices is a very broad topic—with the introduction of products like Google Glass, the Apple iWatch and others, the computer itself is undergoing something of a sea change. But from the insurance context I’m thinking particularly of those wearable devices that monitor vital signs related to health.

They truly have the potential to disrupt the health and life insurance market in all sorts of ways.

There’s no doubt that more and more of these devices are being purchased in large and growing numbers. In fact, the market is expected to be worth more than $12 billion by 2018, according to Statista. And data from the Accenture 2013 Consumer-Driven Innovation Survey suggests that 46 percent of insurance customers are already interested in lower life premiums based on exercise levels and other indicators recorded by such devices—all part of the shift towards personalized services and risk management already discussed in earlier blogs.

An example of such a project is an app developed by Accenture for a client as part of a pilot project. The app is designed to help users track their lifestyles with the express purpose of extending their lifespans; a great benefit, to be sure! Information is presented via a dashboard, and the app prompts medical checkups based on analysis of the data. Tracking progress on key indicators is easy via graphs and other visual aids, and games are used to impart useful health-related information.

Rewards are given for goals reached, functionality that could easily be tied to loyalty and affinity programs in various combinations.

This is just one possibility; the potential is really quite enormous and is already being exploited by, inter alia, sportswear manufacturers and health insurers to position themselves as lifestyle service partners. Insurers must not miss the boat. For example, the projected launch of the Apple iHealth services will create enormous opportunities: just think of the potential client value of a Snapshot-like term insurance with premium adapted according to health indicators that are regularly checked.

To conclude, we are at the beginning of exciting—if challenging—times for insurers. I’ve argued that they are well placed to get ahead of the wave of disruption prompted by ongoing technology developments, and finally to use their considerable market heft to themselves become disruptors. I’ve argued that the emergence of telematics (and, more generally, connected houses and business premises), not to mention wearable technology, all herald massive disruption. They also provide a real opportunity for insurance companies with the vision to seize the opportunities inherent in the greater customer intimacy and better risk management these disruptions enable.

Is your company up for it?

How health and wealth breathe new life into life insurance

Silver economy tech ecosystems are forming – where can insurers play?

The silver economy emerges – is there potential for insurers?

Augmented or virtual: a new reality coming to a brain near you

Living services: Why insurers must move from indemnification to protection

The Internet of Things is a game-changer, and insurers are responding with connected products and services