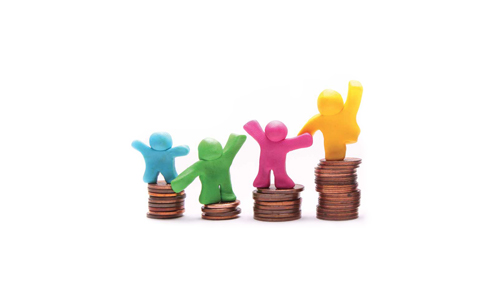 Barriers to customer-centricity in the insurance industry—or, “Watch out, Google may be coming your way!”

In this final blog in the series, I’d like to consider what barriers stand in the way of customer-centricity within the insurance industry.

One set of barriers is to do with the industry itself. It’s an innately conservative industry, which in many respects is good; big sums of money are involved and complex actuarial calculations, so there is a case for deliberation. However, this attitude should not be allowed to become pervasive, or the default setting. Even given the benefits of deliberation in the risk assessment and mitigation areas of the business, at the customer level, greater responsiveness is now imperative.

A disturbing finding of the Consumer-Driven Innovation Survey, drawn ultimately from the Accenture 2013 Global Consumer Pulse Research, is that over the past five years, insurers have been unable to improve customer attitudes in terms of satisfaction, loyalty, and propensity to buy more or recommend to others. As a result, customer retention is a major challenge for them—hence the large proportion of customers who are at risk of switching providers, thus creating a “switching economy” worth potentially up to $400 billion.

In other words, insurance companies seem not to realize that each customer is important and profitable and must be treated as such. Consumers are very aware of how valuable they are to their service providers, and they need that sense to be recognized in the way they are treated. I’d venture to suggest that the slow adoption of analytics at a strategic, enterprise-wide level by carriers is a strong contributor to this state of affair. (For more on this topic, read Achieving payback in insurance analytics.)

This blend of conservatism and customer myopia can be seen in the way in which those exceptional companies that innovate in this area are not honored by the rest of the industry. By comparison, consider the way in which Apple or Amazon, to name just two, rate rock-star status within their respective industries for their innovations.

Another potential barrier is the question of customer data privacy, something consumers are increasingly aware of. As the research showed, insurance customers are ready now to share personal information but in return for certain benefits. It’s increasingly unlikely that they will tolerate the use of their data for other ends—and the law is on their side. One interesting development is a foundation in the Netherlands that aims to provide a service to consumers by monitoring how their data is used and getting payment for its use on their behalves. Data is gold, but insurers must not only learn how to use it but how to position themselves within the broader data ecosystem.

Then there’s the “rabbit caught in the headlights” syndrome. Everyone in the industry is well aware that they must respond to seismic changes in the industry—but the changes are just so profound that many just freeze. Perhaps they’re even hoping that the need for significant change will just evaporate! (I tweeted recently to make this point!)

In a way, this kind of reaction is understandable but it’s also very dangerous. Consumers today are much less likely to be loyal, and they are very ready to change in order to get what they want. But the danger is more profound because insurers are increasingly not competing against their peers who face the same challenges of legacy systems and legacy mindsets. As the Accenture, 2013 Digital Insurance Survey: Europe, Latin America and Africa showed, 53 percent of life and 76 percent of P&C insurers expect competition from outside the industry or say it has already happened. Google is the most-cited new or potential competitor, followed by aggregators, brokers and e-commerce players like Amazon. Many of these already possess vast amounts of customer data and the capability (and willingness) to use it effectively.

They also possess the advantage of “naivety,” the absence of preconceptions and habits that so often blunt the vision of established industry players.

Maybe the cry, “Google is coming!” will be strong enough to get insurers to move. One thing I’m certain of, bold steps will be needed to achieve the customer-first attitude the market increasingly demands.

Carriers should flex their financial muscle to boost sustainability

Choose the right digital investments for the best return