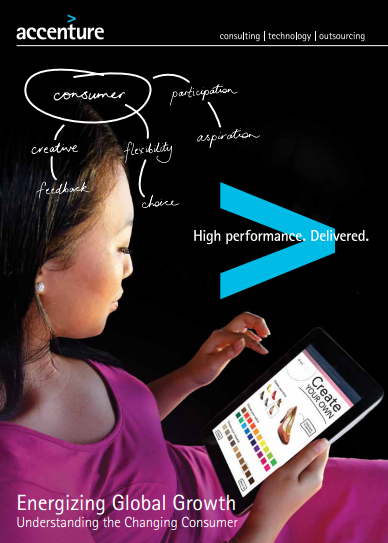 It has become trite to say that consumer behavior is changing. Accenture has carried out a number of global surveys over the past few years to study changes in the way people research and buy insurance, and how they prefer to interact with their insurance providers. A new cross-industry survey of 10,000 consumers has added to this body of knowledge. Some of the key findings are:

Most insurers acknowledge that change on this scale is both an opportunity and a threat. In the corporate component of our survey, only 26 percent of executives said they understand completely how consumer behavior is changing – and a mere 20 percent said their companies are doing extremely well at taking advantage of it.

The reasons are many and complex, and span both internal and external factors. An interesting dimension is the difference between high-growth companies (those whose revenue grew 16 percent or more in the previous year) and those that have grown more slowly. The former are significantly less likely to report problems in the areas of skills, analytical capability, a limited knowledge base in the organization, and a slow pace of internal change.

All of these can be summed up in a single word – agility. It’s probably the most important attribute for an insurer that’s determined to understand and respond effectively to rapid change.

Next week I’ll share with you some of the lessons which growth leaders have learned as they have come to terms with a transforming consumer market. In the meantime, to read my earlier posts on this topic, click here.

Building a foundation for growth: How to grow in the aggregator channel