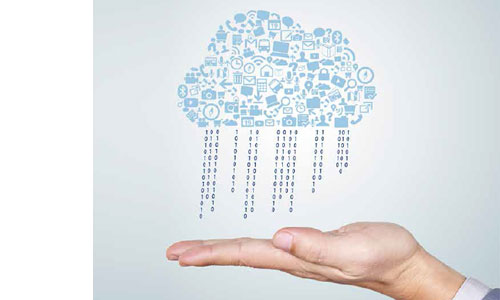 Abraham Maslow and the Future of Insurance

Anyone with even a passing familiarity with psychology has heard of Maslow’s Hierarchy of Needs. In the mid-1940s, Abraham Maslow posited that people possessed a set of motivation systems unrelated to rewards or unconscious desires. Rather, they are motivated to address certain needs; and when the lower “tiers” of needs are fulfilled, people will step up to the next tier. Maslow’s basic five-stage needs model is usually depicted as a pyramid. At the base are physiological needs (food, shelter, sex), followed up the pyramid by safety, social and esteem, and culminating at the top with self-actualization.

Basic needs motivate people when they are unmet, and the need to fulfill them becomes stronger the longer they are denied—such as going without food or shelter. By the same token, someone who’s out hunting for their next meal doesn’t spend a great deal of time contemplating their self-esteem or opportunities for self-actualization.

For centuries, the human race has made do with scrambling around at the bottom of Maslow’s pyramid. As late as the Industrial Age, the vast majority of most people’s lives was focused on putting a roof over their heads and some food on the table. In many undeveloped areas of the world, that’s still the case.

But in today’s mature economies, sophisticated technology and supply chains have allowed us to move beyond the lower tiers of the hierarchy (well, at least some of them!).  Today, needs can be met almost instantaneously (hungry? Click the GrubHub app on your Apple Watch and have food brought to you).  And anyone who tries to get kids to eat new things understands that in mature economies we have completely dissociated food from where it comes from.  (For example, I have first-hand evidence that some kids have no trouble eating chicken in McNugget form, but will indignantly refuse to eat meat off a chicken leg.) It’s a far cry from how our race has spent its time over the centuries.

Similarly in manufacturing, with the advent of 3D/4D printing (often referred to as “distributed manufacturing”), anything rendered as a CAD/CAM digital design can be created directly. Henry Ford’s Model T assembly line, where men once sweated out a day’s work, has been replaced with digital designs and machines.  In many cases humans may be completely removed from the work equation.

This reality is redefining what it means to be human. We are morphing from a race of “human do-ers” to “human be-ings”—no longer defined by what we do, but who we are.

This has huge implications for society—and insurance—because the risk is shifting, in some cases from a human to a machine (think autonomous-drive vehicles). The risk pools we have been insuring for decades are declining or being replaced. What are we prepared to do about it as an industry? Will we continue to address the risks only in the lower tiers, or should we start contemplating the more ethereal needs of those human be-ings?

These changes are upon us, and the opportunity is for insurers to begin to embrace how these discoveries and capabilities represent new risks to society across all of Maslow’s tiers. Insurance’s role in society has always been to make innovation a safe reality. It’s time to return to that role, to start “do-ing” and allow humans their “be-ing.”

The Customer-centric Insurer in the Digital Era

Double the Profits: How High-performance Insurers can Create Business Value from Digital Transformation

Why American health insurtechs are attracting so much investment